Sydney’s iconic Bondi Beach is most commonly associated with white sand, bronzed life-savers, and bikini clad English girls trying desperately to get a tan, but for a few weeks every winter Australia’s most well known beach is overtaken by winter revelers in a far more European style.

The Winter Festival – which also takes place in Brisbane, Melbourne, and Sydney’s heart – brings a bit of European winter to the much milder Australian climate. Whether it’s gourmet food, ice skating performances, or the thrill of rocketing down an ice slide on a rubber tube – the Winter Festival aims to give locals and tourists a taste of alpine winter traditions at a time when most of us are reluctant to go outside after dark. 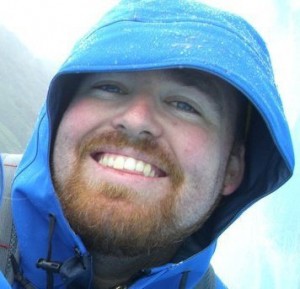 The outfit I wish I’d worn…

There was something magical about standing on the ice surrounded by people rugged up for the cold and seeing the breakers of Bondi Beach just a few dozen metres from where I stood. While Christmas trees dotted the festival, they emerged from beds of white sand that would usually be reserved for sunbathing women and children delirious with happiness. I’m a sucker for a carnival atmosphere, it’s true. As I stepped off the 380 bus and looked down toward the beach I was immediately captured by the bright lights and the sound of 80s music in celebration of what had been dubbed Sk80s night. Whether it’s a small town country show or a big festival like the Sydney Food & Wine Festival, there’s something about the carnival atmosphere that makes you feel safe. Being surrounded by other people who are just out to enjoy themselves is infectious, and no matter how grim things might be in your everyday life, I challenge you to be at a festival and not get just a little bit caught up in everybody else’s enthusiasm.

Upon arriving I made my way to the ticket booth to collect my pre-purchased tickets. I’d paid $41 for a 45 minute ice skating session (skate hire included), three slides on the ice slide, and a complimentary souvenir mug and hot chocolate. Just the ice skating will set you back $25 and three slides down the ice slide weigh in at a very affordable $7.50.

With my skates in hand I nervously eyed the ice. I’d been told that ice skating is a lot like roller-blading, but while I haven’t been roller-blading since my final year of high school, I seem to recall being much better at it than I was at ice skating. In fact, I spent more time clutching the wall and grimacing at the ache in my ankles than I did flailing wildly as I tried in vain to skate with anything resembling grace. While I watched some of my friends skate past with something resembling complete confidence, I had to compete with children and old ladies for some purchase on the wall.

I wasn’t alone in this at first. Most of the merry-makers seemed content to do a lap of the rink with the wall for support. But soon most of them had found their feet and abandoned the safety of the wall, so by the time I was completing my third lap – there were precious few people to block my progress. Dave, good mate that he is, was on hand to snap photos of me as I tried and failed to take to ice-skating like I’d taken to scuba diving and surfing. They say you can’t be good at everything, and ice skating definitely confirmed this for me. I won’t be turning any axles or lutzes anytime soon.

That said, the experience was fun. People were in good spirits and nobody frowned at me for making a desperate grab in their direction or interrupting their progress by falling unceremoniously on my ass in front of them. Thankfully that only happened once, and my friend Steph was on hand to shove me away from her lest I drag her down with me. With friends like these…

With a wet ass and sore legs, I hobbled off the rink and exchanged my skates for a pair of comfortable shoes. Was I alone in taking a while to adjust to solid ground again? I caught myself trying to ‘skate’ on the ground several times, and approached stairs as if they were some kind of cruel device of torture. Weird.

With the wind whipping cold air in off of the Pacific, it was time for me to get some warmth into my life. I stopped off to collect my complimentary hot chocolate (topped with whipped cream) and married it with a delicious weisswurst hot-dog from one of the food stalls. It was a tad pricey at $9, but that’s what you can expect to pay at a festival, I guess. Totally worth it for the authentic sauerkraut that it was topped with.

Other food options included waffles, burgers from Grill’d, mulled wine, and some pannekoek (dutch pancakes) – but my strict $10 budget saved me from myself.

With the cold picking up and my long night in Wollongong weighing on me, I decided to call it a night. This meant missing out on the ice slide, but the line was long and my eyelids were getting heavy. It was time to call it a day. I liked the Winter Festival, but can’t help but think I’d have enjoyed it more had I gone along with a few similarly minded mates. I did have friends in attendance, but they’re more of the acquaintance variety (except for Steph) and had their own things going on.

So, if you’re looking for a way to spend some time outdoors and do something different, the Winter Festival is certainly worth a look. Entry is free, so don’t be put off by the $25 ice skating price. There’s still things to see, free Chai Lattes to drink, and some fantastic performances by professional ice skaters to wow you. The festival runs until July 17th.

By Aussie on the Road on 11 October 2011 Continue Reading

G'day! I'm Chris. I left my home in rural Australia back in 2007 to pursue a life less ordinary. I specialize in ambitious travel - bucket list worthy journeys such as the Great US Road Trip, the ultimate African safari, and following the length of the Silk Road.

A Word from Our Sponsor

Let us do the research, compare all the providers and simply get your sending money to Australia info from our site.